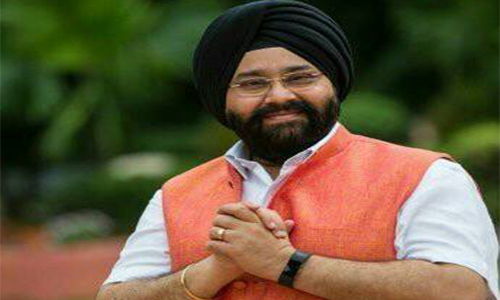 Well-known Lakhbir Singh Lakha will perform a musical soiree on August 24 (Monday) on the Sakchi Gurdwara grounds to mark the end of antim Somvari – last Monday – of the holy Shravan month.

Founder member of the sangh and BJP leader, Amarpreet Singh Kale on Tuesday said over 15,000 people were expected to turn up for the event for which tight security was expected. “Entry will be only through special passes. The invitees will include political leaders, corporate executives and social workers,” Kale said.

“A waterproof pandal is being built at the venue. We have requested East Singhbhum district administration to provide security so that any untoward incidents can be prevented,” he said.

Kale added preparations had begun to organise the musical extravaganza.

Illuminations will be also made on the stretch of Kalimati Road in front of Sakchi Gurdwara.

Another special attraction of the soiree would be a shivling made of ice, he said.

One of the highlights of the function will be the Sangh Ratna Seva Award, which was instituted a few years ago for distinguished service.

Duli Hansda, a tribal girl who protested against child marriage at Dumaria block of East Singhbhum, will also be felicitated.

The idea behind the show, is to promote peace and harmony in the region, he said. “People of all faiths have been invited. Given the overwhelming response earlier, we decided to organise the programme in a grand manner this time,” he added.